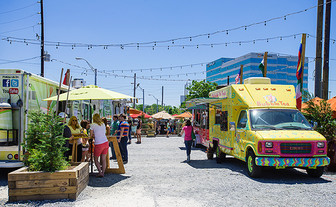 The US isn't the only country with a caste system: India's Scheduled Castes, or Dalits, make up about 10% of the country's population, but they only have about one-third of the jobs in the country's private sector, the Guardian reports.

That's why the Bharatiya Janata Party, led by Prime Minister Narendra Modi, is pushing for a constitutional amendment that would give them 10% of government jobs and 30% of private-sector jobs.

The Scheduled Castes Act, which was passed in 2006, was meant to give them a better shot at jobs and higher education, but it's also been criticized for giving jobs to family members of those on the lower rungs of the caste system.

"The private might refuse the concept of reservation from about about the bottom rungs," he adds. "What about equal opportunity? The private sector must focus on what the industry has been doing to the historical wrongs oppressed by us."