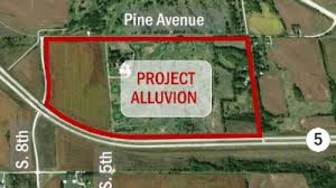 The Wellington Heights Neighborhood Engagement Program held its first Peace Walk this weekend and plans to organize other walks each month through October. The walks aim to build a sense of community, with neighbors looking after each other to promote peace.

Two children led the march, carrying a banner ahead of the rest of the group and drumline, and more kids decorated posters with peaceful messages, participating in a contest for whose was the best.

The Wellington Heights Neighborhood Engagement Program, which led the walk, is funded through the Greater Cedar Rapids Community Foundation through its SET â Safe, Equitable, and Thriving â Communities Fund, which works to improve community safety by bettering conditions for youth and neighborhoods.
Read the Entire Article