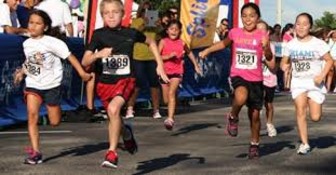 "We are competing with beaches and palm trees," says Sofia Vollmer Maduro, the director of programs at the Society of the Four Arts in Palm Beach, Fla., after a "Shark Tank-like" event where cultural...more

The HUB For Community Innovation Is Filling The Gaps In Augusta

"This community has done something really amazing with these two buildings, and what we have in front of us is how we make these buildings come to life," Shell Berry, president of the Community...more

Technology was not top of the agenda for European digitalisation leaders gathered in Barcelona. Instead, a focus was on laying the right foundations for cross-city innovation. BIT Habitat is a...more

During the most recent awards event hosted by the Black Belt Community Foundation on June 11, a total of 69 different community organizations were given financial assistance. The Lincolnite Club Inc....more

"These attacks are happening on our youth, here in Oregon and in local districts. And we're seeing the fight at the school board level. And now it's made it to the governor's race." So says Margot...more

Jefferson, Iowa, is celebrating its 150th anniversary this year, and the town's Bell Tower Festival, which runs from Friday to Sunday, is a big part of it. The Mahanay Bell Tower and the Festival...more

864Pride is a clinical nonprofit that provides medical and mental health care to the LGBTQ+ community in South Carolina. The Center for Fathers and Families is a nonprofit that aims to break the...more

"We are a region of contrasts," Frank Fernandez, president and CEO of the Community Foundation for Greater Atlanta, tells the Atlanta Journal-Constitution. "A region that has a lot of great...more

"It's extremely scary," University of Chicago student Ade Osadolor-Hernandez says. "It's extremely disappointing to see that we're still living in this condition, and that there is nothing that is...more